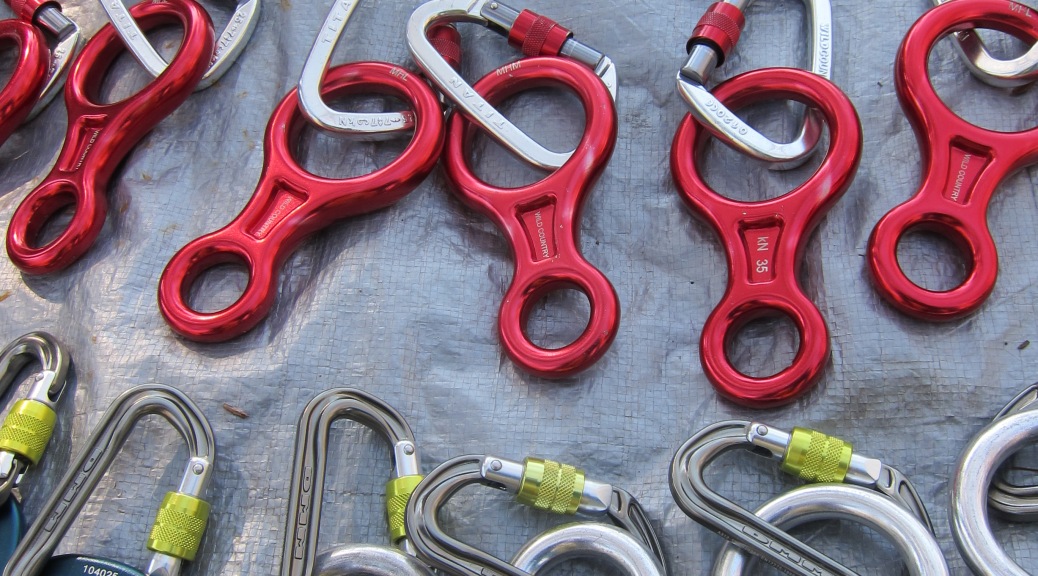 Five years ago the national outdoor education conference highlighted a video featuring interviews with young uni students as they trained in teaching and outdoor education. They described how they viewed their chosen vocation, their approach to adventure and their dreams for their future careers. They were a very special group, talented and energised young people with stars in their eyes and great hopes in their hearts. They had a diversity of philosophies and outlooks on life.

Driving to the campsite at the beginning of three days of caving with 20 year 9 and 10 students she chattered on about her class and the trips she had run. Her first 15 months of real teaching she had worked extremely hard to re-establish an outdoor education program from almost nothing. She already had in place a program well regarded by the Principal and parents, respected and appreciated by the students. One of the uni students in the video had recounted how his most abiding goal was to work in a program that he had set up and that was successful. In a very short time she had already achieved this. Managing guides and staff, ensuring safety, providing quality education in a very challenging field that takes time and care and dedication.

On the first afternoon we guided abseiling together at Devils Punchbowl, a collapsed cave crater with a perfect rising cliff that offers abseil setups from beginner to advanced level. She set the big one and supported and extended students through. Later she played frisbee games with them all prior to dusk then supervised cooking with an eagle eye to safety and the fire and then conducted a debrief and made the plan for tomorrow and oversaw bedtime settle down. Herself quiet, calm, focused. She helped negotiate and juggle the plan with very much more experienced and older staff. The students were quiet in their tents by 10.00 pm – first night of a camp with high school kids – this was very impressive.

Next morning was cloudy with impending showers. A group tarp went up while the first of three caving groups left. Punchbowl cave, 30 m abseil in, multiple chambers, complex navigation, scrambles, slides, risks and hazards carefully judged and managed. Riding the tricky edge of letting boisterous teenagers have some freedom and rein while keeping them in a safe activity context. Students having the sort of fun, smiling, happy, deeply achieving, self reliance enhancing time of their lives that would last in them for decades. “Remember the advanced outdoor ed caving trip we did in year 10?” they might say to each other at their forty year school reunion. “Oh yeah, sure do.” Like I’d said at my own reunion on the previous weekend about my most special experience of school.

She belayed the students up the caving ladder to exit the cave. I had worried they would struggle to cope but found they all cruised this difficult physical and psychological challenge having trained extensively at school beforehand. Well prepared. It was raining. A bit miserable. The tarp was fine tuned. A fire lit in a break in the weather lifted the mood. Later in the glowing warmth the chatter was high spirited. Sense of accomplishment and having handled the difficult cave they had heard so much about. Young for the challenge, it was an ambitious plan but they were well prepped. Cooking on trangias again. Showers pass through. Some tents had leaked in the downpour. She manages the loan of extra dry sleeping bags and mats she’d packed in the trailer for such an eventuality. Sit around the fire. Boys take a football off into the darkness nearby- she follows and brings them back. Late evening the 22 students head off to bed and sleep. Stars glitter above in a break in the clouds.

Regular people, including many other teachers, will rarely understand her work. 24 hours a day duty of care. Activities during the day after early morning camp group action which she facilitates. Food, camp, fires. Emotional upsets. First aid incidents. Group dynamics. Debriefing and enhancing transference of learning and personal development from camp back to school and home. Life skills. Role modelling. Being an example to young impressionable people searching for their own identities. Sharing herself around the fire and walking to the cave. Why does she do it?

Overnight in the distance a glider screeches 4 times. She tells me in the morning that she’d slept like a log but had awoken in her tent and sat bolt upright at the screeching.

Day 3 the same. Switched on, tuned in, vigilant 360 degrees. In time she will learn to do it while conserving energy. And the students will be skilfully, subtlely developed to live out their own sense of personal safety consciousness and maturity and responsibility so it all becomes a little easier. There’ll be setbacks too when things don’t go quite to plan. She’d battled back at school to bring some students whose behaviour there is marginal but as she predicted on camp they were terrific.

Dip Series Cave. Four parallel chambers, 2 tricky abseils, navigation underground. She’s the last out. Lunch, packup tents and gear, load the bus. She runs a tight ship, on top of all the details.

Is it that she just loves The Bush to bits, the ocean, the mountains, the caves and wants to share it as widely as one person can? Does she want others to know and feel the joy that she has derived from the activities? Is it that she wants to make a contribution to the world and sees this as a way of doing it to the best of her ability while enjoying life herself? I suspect it’s all of these but didn’t have a quiet moment to ask. Let’s just hope that whatever it is that she keeps doing this work so that the thousand and more other eager students can benefit from her leading and guiding and teaching. And countless more parents will wish that they too had opportunities like their kids with her. What a lucky school they are.

One thought on “The Outdoor Education Teacher Underground”